2016 is our third year of publishing quality baseball books. We’ve come a long way already, but even more exciting is all the great things ahead of us, not the least of which is our superb 2016 publication list.

Early April features new editions of two really strong titles, both with a Red Sox theme. The first is TONY C, an in-depth biography of Boston’s tragic hero, Tony Conigliaro, which blends Conig’s career as a ballplayer, with his rather active off-the-field social life (pop star, playboy, karate), and the tension between him and Sox icon Carl Yastrzemski.

Jump forward about 15 years to 1986 for Mike Sowell’s account of the 1986 post season, ONE STRIKE AWAY, in which the Red Sox joined the Mets, Astros, and Angels to battle it out in what is probably the most intense and dramatic playoffs and World Series in baseball history.

Campanis – Baseball is a Family Business 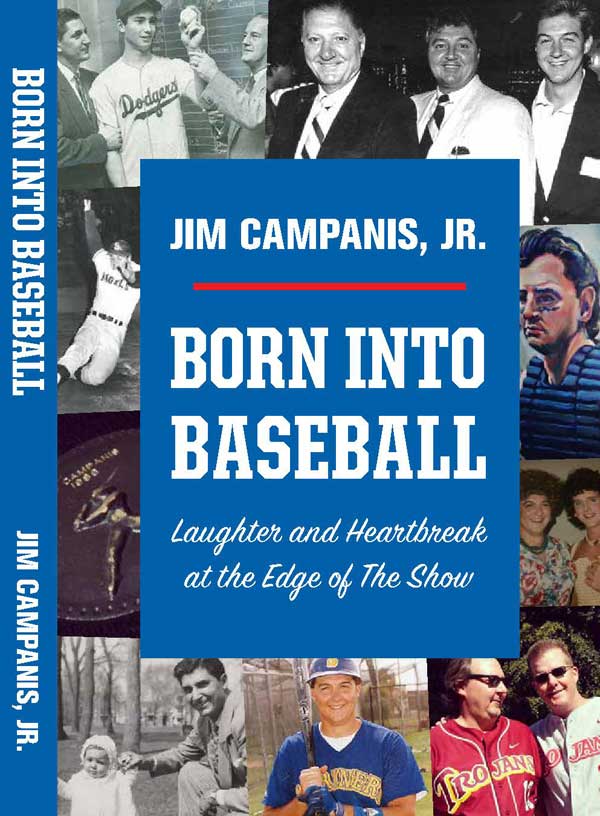 Early May will bring our first original title of the year, and it’s a beauty. BORN INTO BASEBALL, by Jim Campanis, Jr., is a collection of stories, reflections, and brief essays by a third-generation baseball man. There’s plenty of humor, an inside look at the hard life of a minor leaguer, and the pressures of living up to high family expectations.

When most fans hear the name “Campanis,” they think of only one thing – Al Campanis and Nightline. Jim Jr. was in the midst of launching his own career as a ballplayer when that disaster struck, and his life changed forever. But BORN INTO BASEBALL offers an entirely fresh perspective on that seminal event in the history of race relations in baseball, and its author shows us how good often comes from even the worst adversity, if we direct our energies towards hope and growth rather than becoming defensive or bitter. 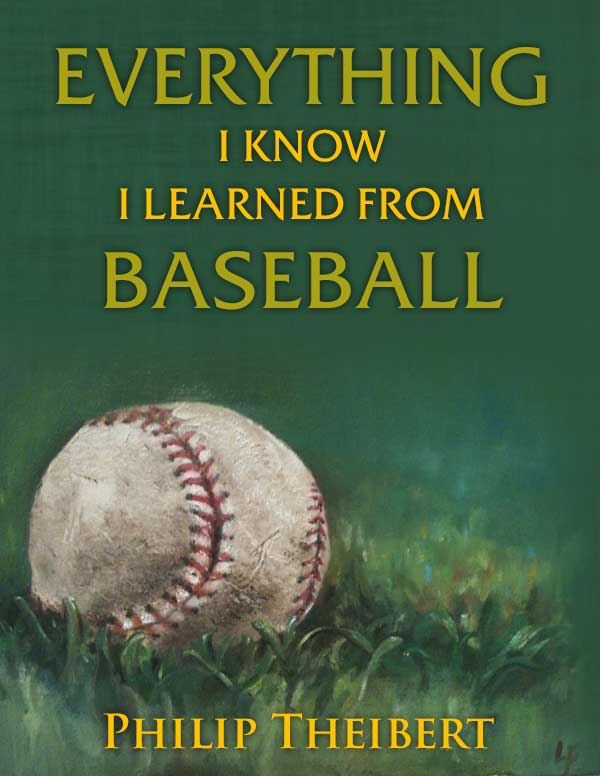 Two other truly original originals headline our summer pubs, one by a legendary author, one by a newcomer who has found unique inspiration from baseball. AMAZIN’: TRUE TALES OF THE HIDDEN GAME, by groundbreaking Negro Leagues historian John Holway, is a fun but thoroughly researched review of the spiritual and magical side of baseball – from curses to good-luck charms; coincidences and ironies too powerful to be pure chance; astrology and numerology that will make even the most pragmatic fan stop and wonder. Look for it in June.

Philip Theibert is son of a baseball coach and a father and coach himself, who realized that a lot of things he was taught about baseball, and in turn has passed on to the next generation, have valuable and positive implications for how we should live our lives off the field. The result is a EVERYTHING I KNOW I LEARNED FROM BASEBALL, containing over 100 examples of how doing things the right way as a ballplayer can help us be the best we can be as people.

In the 1990s, Seth Swirsky revolutionized being a fan and a collector when he started writing letters to ballplayers and other baseball personalities. Each letter included a request for an autograph and a thought-provoking question. In response, Swirsky received hundreds of autographs, but far more interestingly, hundreds of up close and personal responses, many of which will touch and surprise you. The hand-written responses were reproduced and combined with beautiful photos and brief biographical information to create a beautiful montage of each exchange.

BASEBALL LETTERS is the first collection of this correspondence, and it was followed by two other volumes. We are very pleased to be publishing the first electronic editions of all three of Seth Swirsky’s three baseball letters collections, the first of which will be available in June, with the other two to follow shortly thereafter.

Statistics, Analysis, and the World Series

Two ambitious works of research and scholarship will be coming out in late summer. First is a unique collection of essays and lists called THE EYES WITHIN THE DIAMOND, by Marc Stacey Goldman. Goldman has devised several of his own performance evaluation tools, and he uses them to do head-to-head comparisons of some of the greatest players in the history the game, as well as several all-time lists – like the 50 greatest players at each position. The research and review extends beyond the major leagues to include many of the all-time great Negro League players, as well as several pieces about the international professional baseball scene, from Canada to Korea to Mexico.

Ahead of the post season we will release an amazing World Series history book, SUBWAY SERIES SENSATIONAL, by Ammie Nurse. A detailed history and account is presented of each of the 14 New York/New York Fall Classics. The book represents an unparalleled level of research about the World Series. Readers will be amazed by the level of information provided, much of it unavailable anywhere else.

The final title on the 2016 publication schedule is another Red Sox book, the theme of which is unquestionably more upbeat than our other two. In the category of “God I’m Old,” 2017 represents the 50th anniversary of the BoSox’s Impossible Dream Season. Ahead of that big anniversary we will be publishing: THE 1967 RED SOX: THE IMPOSSIBLE DREAM AT 50, author Herb Crehan’s story of that miraculous season, told through profiles of 14 of the most important contributors. Herb is a true Red Sox Nation insider, having written hundreds of articles for the ballpark program and other publications, and still active with the team.

Several other original and previously published classic books are in the pipeline, so expect the list to grow in a highly positive way. Meanwhile, we are quite proud of what we have so far, and are confident the new titles, and growing popularity of the backlist, ensures another year of growth, new friends, and alliances. We look forward to your participation, too!