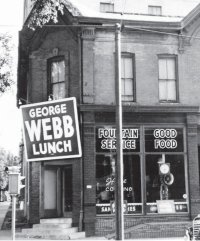 We mocked our friend, called him a Punch and Judy wimp. We bet 10 bucks and a pack of baseball cards he could never hit a home run, not over the fence anyway. It was a Saturday. We were in the outfield taunting him. There were no teachers and so he marched with bat and ball to second base and yelled, “You want some home run action. I’ll give you some home run action.’’

He tossed the ball in the air and waited for it to come down, level with his bat, and when it did, he swung and made solid aluminum contact, a line drive SMASH, into a second story window of our elementary school, 250 feet away.

When we turned around, our friend wasn’t standing at second base anymore. He was already on the street, half way home. There was an announcement Monday morning, ‘’If anyone had any information about the broken window...’’

That story is not included in Dreaming .400, but the inspiration for my stories typically begins with a similar sort of memory, idea, or dream sequence.

Playing baseball was a big part of my childhood. I collected cards, pasted my bedroom wall with pennants and posters, rolled Strat-O-Matic dice. My life doesn’t revolve solely around baseball anymore, but it is still familiar. I have access to the memories and like many fans, I remember exactly what I was doing when (fill in the blank with a Bobby Thompson equivalent).

For me, it was Easter Sunday, 1987, County Stadium, Milwaukee. The Brewers had already won eleven games in-a-row to start the season, but trailed the Texas Rangers 4-1 in the bottom of the ninth. I was seated in the upper deck when Rob Deer hit a three-run home run to tie the game. Dale Sveum followed with a two-run blast. The Brewers won.

There were three of us at that Easter Sunday game. One of us screamed. Another jumped up and down, and a third remained frozen in his seat, overwhelmed. We had studied the backs of baseball cards. We knew numbers, but this was beyond math. It was a miracle. We ignored 50 degree temperatures and skinny dipped in Lake Michigan a few hours later. We were still on fire.

I’ve watched that ninth inning hundreds of times since it happened. It’s like listening to a symphony or song for the umpteenth time. It’s emotional and thrilling, and yes, the outcome never changes. The Brewers always win. But Shakespeare and the Bible don’t change either and people read them over and over.

The momentum and emotions from that game inspired one of the stories in Dreaming .400, almost 30 years later. In the story, Close Encounter, the main character, Sam Doobins, attends that Easter Sunday game. He also visits George Webb restaurant to enjoy a free hamburger, and while he’s there, something happens there, something as improbable as the Brewers come from behind win. Sam is overcome by a strange and wonderful feeling, one he refers to in his journal as being ‘’under water.’’

George Webb restaurants are a Wisconsin institution. The chain first promised free burgers to baseball fans back in the 1940’s if the minor league Brewers ever won 17 games in a row. The gimmick continued with the Milwaukee Braves in the 50’s and 60’s and major league Brewers in the 70’s. The streak requirement has since been lowered to 12, so in 1987 when the Brewers hit the jackpot with 12 wins in-a-row, George Webb kept its word and 168,194 hamburgers were dished out across Wisconsin.

That game probably didn’t change the course of human history, but the Milwaukee Brewers and Easter Sunday 1987 remained a part of me, so I transformed the feelings into fiction, never knowing until I did that there would ever be a Sam Doobins.

That unpredictability is what keeps me writing. Digging through my own past is detective work, a learning experience. All of the data discovered or rediscovered is then shuffled and rearranged, and ultimately something new is born.